Unity Park is established in 2019. The park is located at the Grand Palace in Addis Ababa, Ethiopia, a compound that has been a seat of state for more than a century

The total land coverage of the grand palace is 40 acres and it contains myriads of historical buildings and plants that date back to the time of emperor Menelik II, the founder of the Grand Palace. 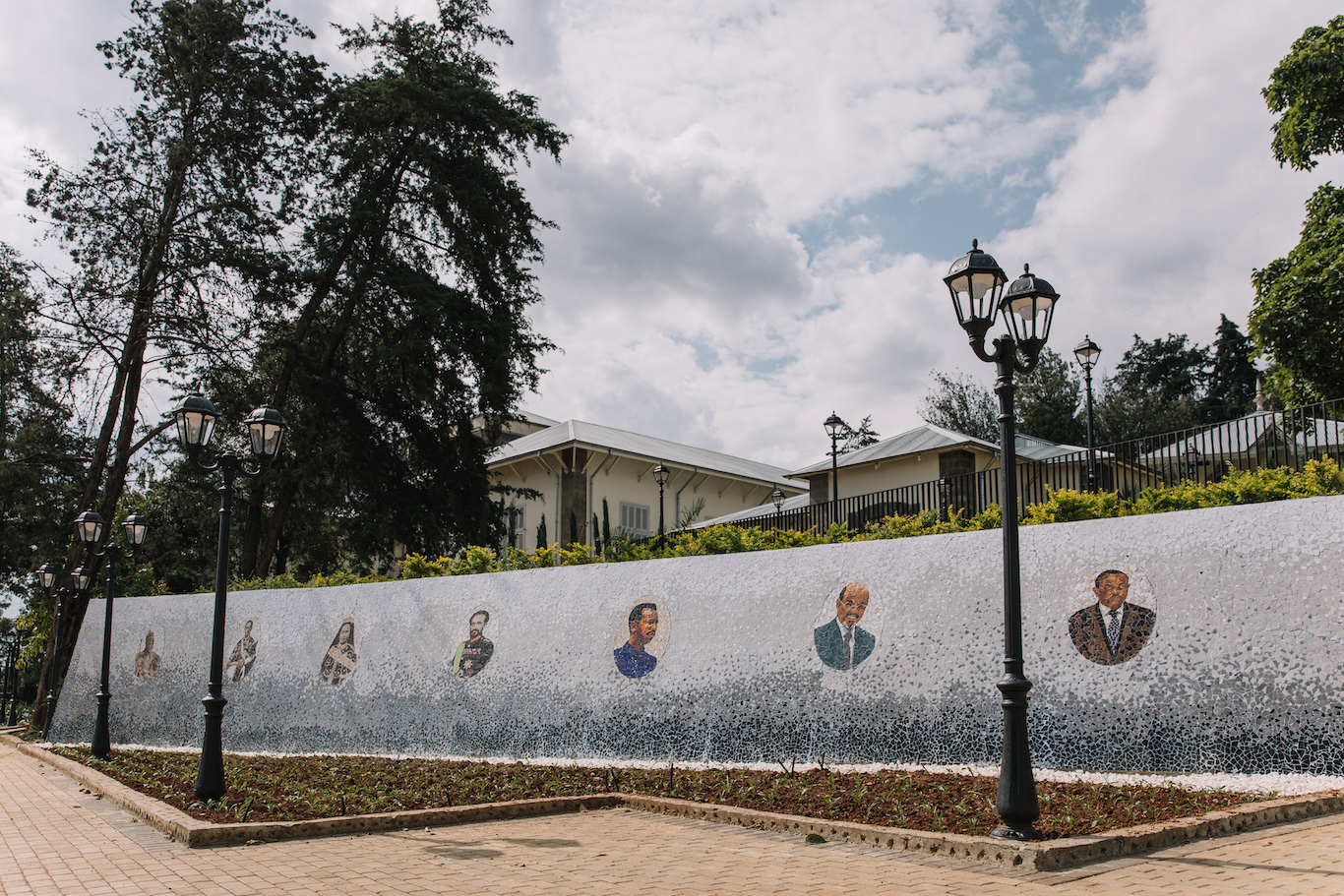 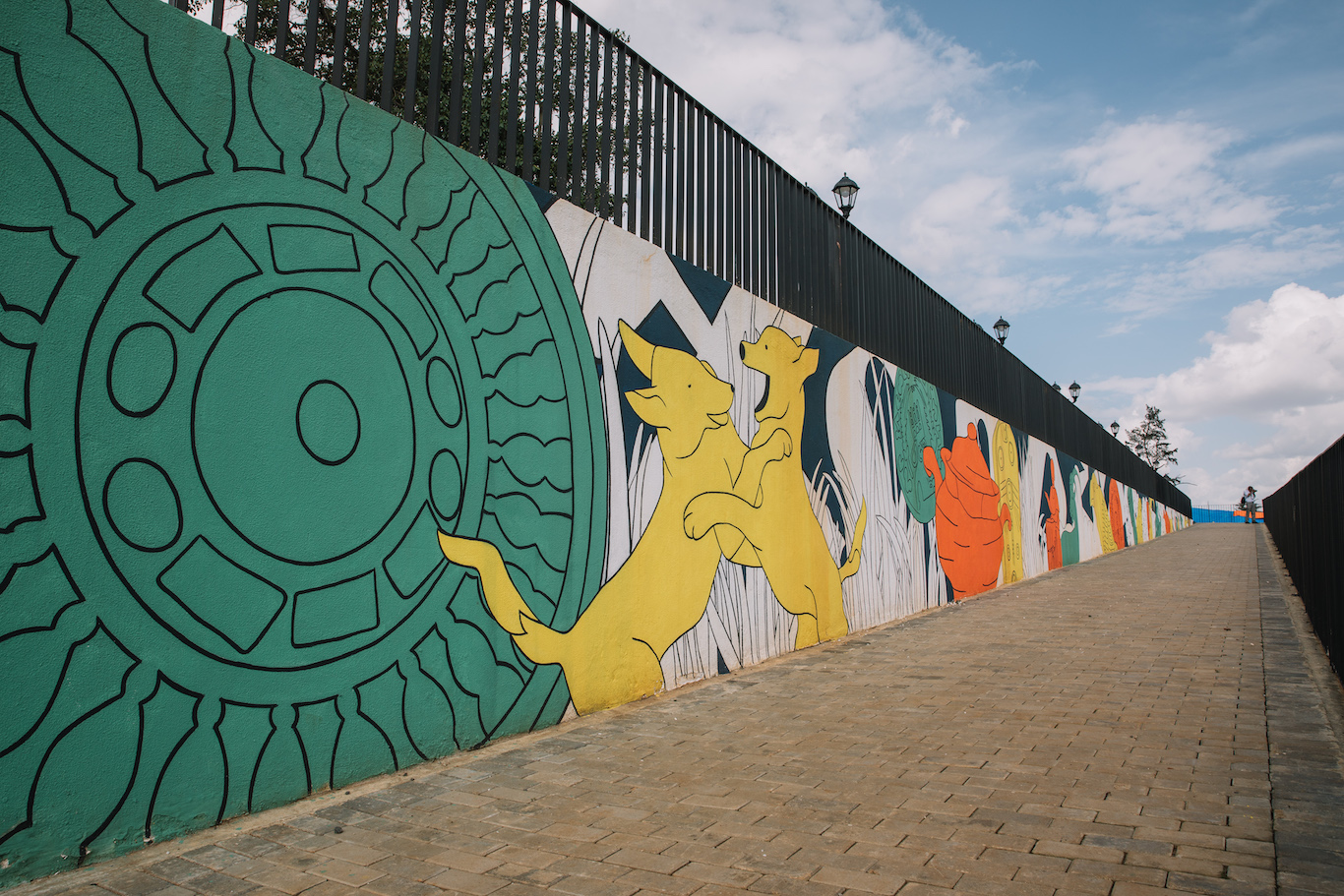 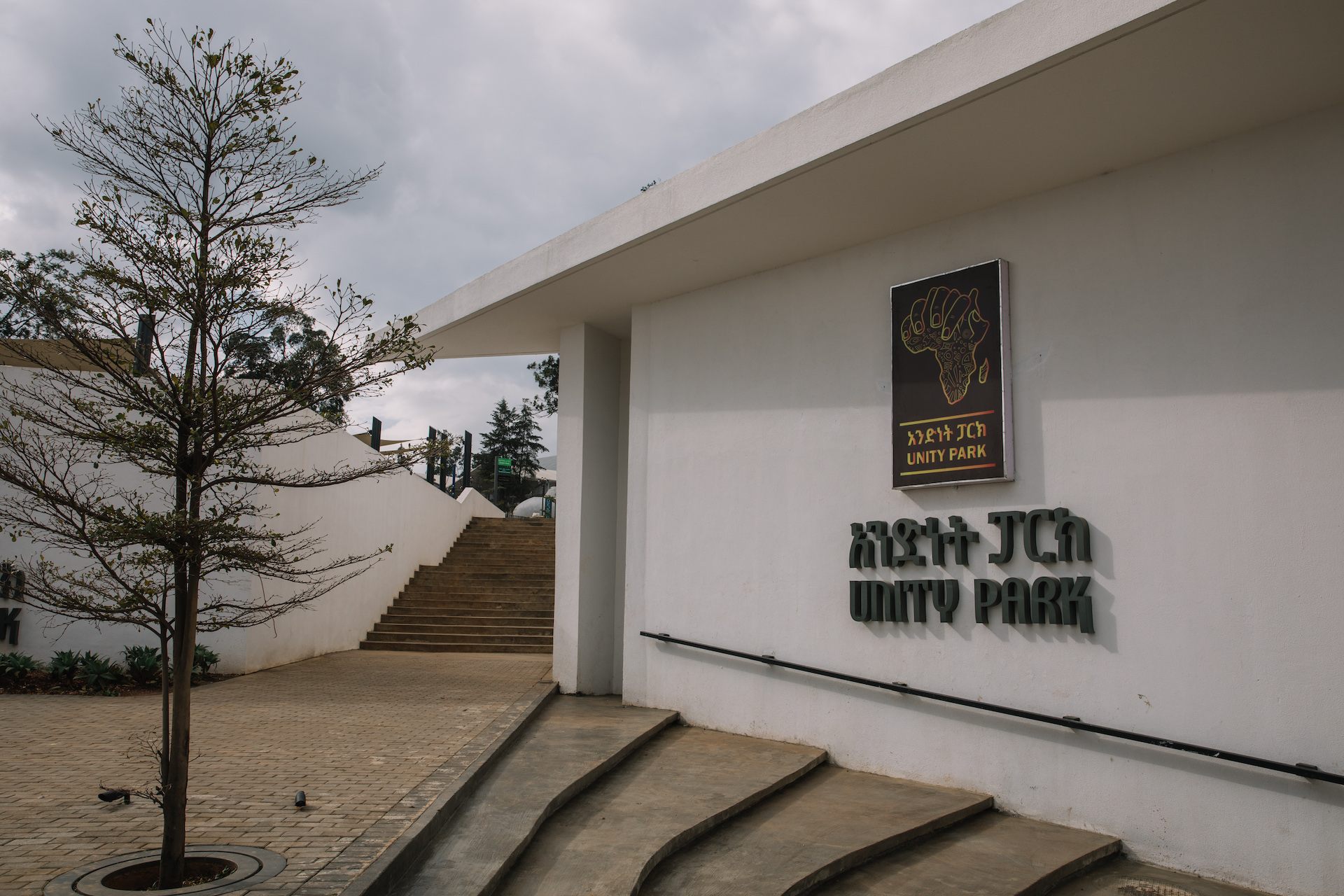 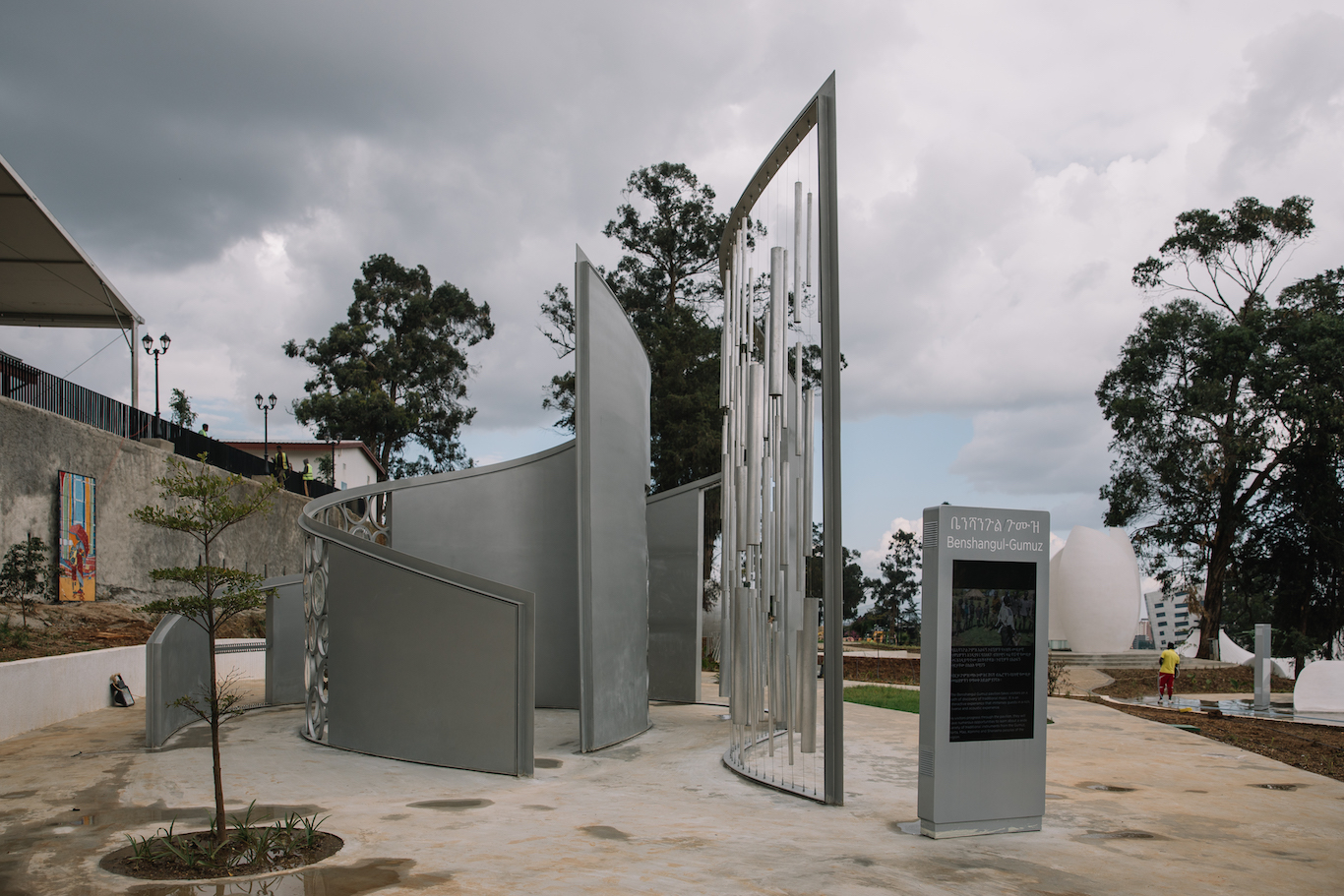 The Banquet Hall or commonly called ‘Gibir adarash’, was built during the reign of Emperor Menelik II. When it was constructed, it had a capacity to entertain almost 8000 guests at a time. Emperor Menelik used to organize feasts three times a week, not to mention the plentiful carousals during festive days. In 1963 following the establishment of the Organization of African Unity (OAU), Emperor Haile Selassie had organized a feast for the founding fathers of OAU in this same Hall. In 2019 Prime Minister Abiy Ahmed, had arranged a 5-million-birr dinner as part of raising money for the project ‘Beautification of Addis Ababa’.

The “Throne Hall” or “Throne House”

The “Throne Hall” or “Throne House” as it is also known is where Ethiopia’s monarchs would meet with the provincial lords of aristocratic backgrounds and royal lineage to discuss local issues and make important decisions on subjects such as land tax. On special occasions, the space was also used to welcome nobles and foreign dignitaries. Queen Elizabeth II of British, Charles De Gul of France and Joseph Broz Tito of Yugoslavia were only few of the distinguished world leaders to be received in this Hall during the reign of Emperor Haile Selassie.During the Dergue regime the Throne House served as a meeting hall for the Dergue Central Committee in which numerous matters were deliberated, including the famous rural land expropriation proclamation and the decision to kill high officials of Emperor Haile Selassie. The Throne Hall is highly decorated with precious stuccos covering the walls and ceiling. It takes its name from the large, golden throne displayed in the center. There are plinths featuring the Star of David, the symbol of the Solomonic Dynasty, at the base of the columns supporting the canopy holding the crown. At the top, statues of angels extend their arms, expressing praise.Currently, the “Throne Hall” houses the main exhibition of Unity Park museum. The exhibition celebrates the history and culture of Ethiopia, a nation shaped by its ethnic and religious identities and its politics. It traces Ethiopia’s evolution through legends, cultural beliefs, various governments, and historical events- some of which took place here in Menelik palace.

Menelik Palace Complex refers to the octagonal structure and other collection of historical buildings that were built at the time of Emperor Menelik II. This Complex consists of private prayer room of Emperor Menelik II and the Emperor’s watching tower, Emperor Menelik II’s office, Menelik IIʼs bedroom and Reception Room, Etege Taytu Betul’s Bedroom, the Minister of War’s Waiting Room, The Princes’ Bedroom, Council of Ministers and a small banquet hall. The first telephone for the entire country was also installed to this building.

This area is devoted to demonstrate different indigenous plants and traditional building styles of the rural Ethiopia to visitors. In this garden, mainly, different indigenous plants that can be utilized as medication, ornament, spice, food and beverage production, and furniture production are planted. In addition, it demonstrates the livelihood of the rural community, building styles, and the rural landscape in a very symbolic and fascinating way.Different sculptures made of wood, mud houses, houses made of stone and wood are fascinating features of the garden. Being handmade is the special feature of this traditional garden. Each features have used local knowledge without the intervention of any machine. Different professionals skilled in curving, stone wall construction, and other traditional skills have participated entirely.

What do visitors say?